The 2014 BIN Kinship Assembly featured a special dialogue and performances by three Afro-latino poets, Anthony Polanco, Robert Oriyamaat,and Cindy Acona, discussing the importance of arts and cultural expression in movement building, and the experiences of movement artists. One of the poets, Cindy Acona, was inspired by the work of BIN and her experience at the Kinship Assembly to create this piece and share it during their performance. 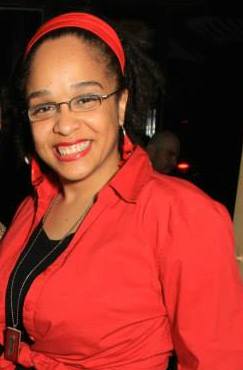 has been commercialized so much

That our youth have no clue

what it is about

Ignorant in the ways of conflict resolution

thinking war is the only conclusion

to the American broken system

Where unity is discouraged

As a hurricane in season

How do we really go about bringing change?

How do we surpass the obstacles put in place

In order to watch our downfall?

How do we become that village again

That raises our children?

but why isn’t it?

Its simple, their response

There’s no profit in solutions

It seems as though if I have no monetary backing

Snuffed out by media black outs

As police states drown out cries

by any means necessary

dumb down children in order to perpetuate

if my name isn’t Chad, Chet, Amanda or Tiffany

I’m profiled to be arrested

my skin has become the determination factor

We have unfamiliar pale faces

Invading once occupied spaces of the un-free

Migration of a culture

A mockery of suffering

As ethnicity becomes a commodity

Something to admire, acquire

but with less flavor, for a more sensitive gluten free tongue

for their former homes

To make way for the financially stable

Upkeep is easier with them out of the way

Things look prettier now that the poor are gone

Audacity made fun of by new comers

“If they really wanted this place, then why keep it so rundown?”

As though the 99% can provide for the one

This beautiful melting pot has become

A place where financial segregation

So how do we move forward on a chess board

Filled with pawns protecting the hierarchy?

If we don’t feed the predators,

eventually they become the prey

Cindy Peralta better known as Black Angel with parents of Dominican decent, this Queens resident Afro-Latina has been hard at work writing poetry since the age of 13 and never looked back. While in H.S. her poems were published in the weekly paper as part of the Literary Arts section. Now at the age of 32, She has performed at the famous Nuyorican Poets Cafe, Bar 13, Culture Shock at the Sutra Lounge, Latino Cultural Festival at Flushing Hall of Science as well as several colleges including LaGuardia Community College to which she’s an Alum. Also, as a motivational poet, she has performed at prison facilities including Eastern Correctional Facility and Riker’s Island. Contact Cindy at www.facebook.com/blackangelthepoet  or Blackangelthepoet@gmail.com.