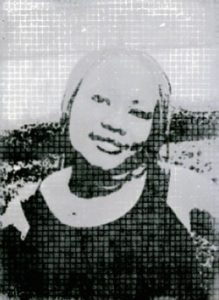 Maribel*, a Afro-Honduran woman seeking asylum from violence in Honduras is currently detained in Laredo, TX and is chronically ill due to sickle cell complications.  Maribel is a member of the Garifuna community from Caribbean shores of Honduras. Detained for over a year, Maribel is suffering from chronic health issues due to sickle cell disease and has been denied parole and proper medical care by ICE. Maribel has resisted her detention, speaking out against the conditions and participating in a hunger strike along with at least 26 other Central American migrant women being held in the Hutto detention facility. She believes her mistreatment and denial of bail is due to her resistance and her race.

CALL SCRIPT “Hello, I am calling to ask that you please release Maribel Zelaya (A#206872250) immediately! Maribel is extremely ill from sickle-cell anemia and cannot get proper healthcare in detention. Releasing Maribel now could save her life.  She has survived extreme violence has a fear of violence if returned to Honduras. Maribel’s partner was disappeared and has probably been murdered after being deported a few months ago and she will be a target for the same violence if she is deported.  Maribel’s most recent parole request was denied and she is very ill. She has survived too much already. Release Maribel now so that she can begin healing.

You can learn more about Maribel here and by reading below. Please sign, share and get involved to stand up for Maribel, other women detained and all immigrants held in detention.

[February 11, 2016 Laredo, TX] – Immigration and Customs Enforcement (ICE) officials in Texas are facing pressure from elected officials, advocates, and medical professionals nationwide as the medical condition of “Maribel,” an asylum-seeker who has been detained for over a year, rapidly deteriorates. The Black Alliance for Just Immigration joins in calling for Maribel’s immediate release and raise concerns for her health and treatment at the hands of ICE and detention officers.
“Maribel’s neglect and mistreatment at the hands of ICE is a clear example of how Black women are treated in custody. She came to the US. for safety after suffering horrific violence, and here her life is in danger because of the racist and sexist ICE system that ignores her case for asylum, and the detention officers punishing her for her protest and disregarding her illness,” says Opal Tometi, Director of Black Alliance for Just Immigration and Co-Founder Black Lives Matter.
Maribel, a Black-Garifuna migrant, fled Honduras over a year ago fearing gang violence based on her family ties and ethnicity after surviving sexual assault and threats to her life and loved ones. The immigration judge overseeing her asylum claim deemed Maribel not to have an objective basis for her fear. Despite evidence to the contrary, including the disappearance of Maribel’s partner, with whom she left Honduras to seek asylum in the U.S following the murder of his father and brother. He is also presumed dead and now Maribel is a target of this same group responsible for this deadly violence, should she be deported to Honduras.
Maribel also suffers from sickle cell disease causing a number of acute and chronic health problems, such as severe infections, attacks of severe pain (“sickle-cell crisis”), stroke, and an increased risk of death. The complications of sickle-cell disease can be prevented to a large extent with proper medical treatment, however ICE has ignored Maribel’s health needs and, on occasion, even punished her for fainting. According to Maribel’s attorneys, “Maribel is in need of immediate medical attention by health professionals who understand sickle cell disease.”